A writer for the New York Times has recently posted an article that features an interview with Mandy Rose that covers her release from WWE. Also included are new images of Mandy from the article taken by Jeffery Salter and scans from Mandy’s spread in the New York Post January 24th issue that are linked below!

Last month in a bout with Roxanne Perez, former WWE wrestler Mandy Rose was drop-kicked in the stomach. Moments later, Perez grabbed hold of Rose, jumped onto her back and flipped her over to the ground using her signature Pop Rocks move. It was a crushing defeat for Rose, which abruptly ended her 413-day reign as NXT Women’s Champion.

Despite the loss, which she said left her tearful, Rose got a standing ovation as shocked fans erupted into chants of “Thank you, Mandy!”

“For me to lose the title on such a whim on a random Tuesday night with zero storytelling and zero promotion leading up to the match was a shocker. I was very caught off guard,” Rose, 32, born Amanda Rose Saccomanno, told The Post exclusively from her home in South Florida of her final match in the WWE.

Rose said she had been expecting the title match to take place sometime in January. On Dec. 13, when she thought she was taping a promo, she was told the match was taking place with “no notice.” Such a move “normally doesn’t happen in our business,” she said.

But the worst was yet to come.

The next day, the WWE released her from her gig, Rose said, claiming she breached her contract for having a subscription-based FanTime account, where she posted sexy, sometimes explicit, photos and videos for a fee.

The firing occurred days after risqué content she had shared with FanTime subscribers started circulating online, including screengrabs from videos Rose had posted swimming nude, as well as more explicit pictures of her in the shower with her fiancé, Tino Sabbatelli.

Rose’s firing from the WWE occurred days after risqué content she had shared with FanTime subscribers started circulating online.

Rose said she had been expecting the title match to take place sometime in January — not on Dec. 13, when she thought she was taping a promo.

A self-proclaimed tomboy, Rose preferred riding bikes over Barbies as a kid growing up in Yorktown, NY. She played youth basketball and relished all things sports, particularly the WWE. She would watch matches with her dad and three older brothers, which she said sparked a competitive edge in her. She began training after college, and in 2015, at the age of 25, she landed a spot on WWE’s reality competition series “Tough Enough.” She beat out thousands for one of the coveted 13 spots, placing second, and meeting her future tag team partner, Daria Berenato.

That same year she signed a multi-year deal with the WWE. She would appear on the E! reality show “Total Divas;” compete on WWE’s “Monday Night Raw;” and get drafted to Friday-night “SmackDown!” In 2021, she would return to the developmental roster of “NXT,” where she had had a brief stint, as leader of the Toxic Attraction tag team.

During her WWE tenure, Rose became known for her sexy and tough persona — and for badass moves like the Bed of Roses, a double under-hook slam.

Her defeat and unceremonious dumping was a blow to her ego, as well as the decade she had spent perfecting her craft.

“Of course I was disappointed,” Rose told The Post. “But the emotions really set in after the match.”

When the news broke, hashtags like #JusticeForMandyRose and #RehireMandyRose started trending on social media. On his /podcast “Wrestling with Freddie,” Freddie Prinze Jr. called it “the first fumble [WWE executive] Triple H has had.”

“How are you going to fire a woman who carried the entire division for over a year? Mandy Rose deserves better for working so hard,” one fan tweeted.

WWE Hall of Famer Madusa, aka Debrah Ann Miceli, 58, blasted the WWE for having a double standard.

“Guys get warnings in this business and they’re still employed there, which is unfortunate,” she said on the “Wrestling Perspective Podcast.”

Fans also called Rose’s dismissal hypocritical, citing a time when the WWE reposted a photo of Rose posing nude covered only in her championship belts.

“What’s the definition of racy? The photo of me with two titles – I was completely naked underneath, that’s considered a racy photo, right?” Rose said.

Rose began training after college, and in 2015, at the age of 25, she landed a spot on WWE’s reality competition series “Tough Enough.” Rose went on hold the NXT champion title for 413 days after returning to the developmental division in 2021.

The WWE did not return multiple requests for comment. However, in 2020, WWE Superstars, who work as independent contractors, were banned from using Cameo, Twitch and other third-party platforms without receiving WWE permission in writing.

Rose is also not the first to get penalized for having a subscription-based platform. WWE fired Zelina Vega in November 2020 for launching an OnlyFans account, which did not include racy content. Vega was brought back by the company the following summer.

But not everyone has sympathy for Rose, who earned her following via WWE’s massive media platform.

“She’s had the subscription service, and it got popular and lucrative. She went further and further, and the feeling was that she way, way, way crossed the line,” wrote Dave Meltzer of the Wrestling Observer Newsletter.

Rose takes pride in her side businesses, including her skincare line, Amarose beauty.

On his “Hall of Fame” podcast, Booker T, the primary commentator on NXT, also thinks Rose made a mistake getting on the wrong side of WWE with her subscription-based account.

“The bigger her [Rose’s] star would have risen in the WWE, the more money she would have been able to demand going forward in life. Out of sight, out of mind,” he said.

“Being on TV is so important to being relevant. These days, they say, ‘We don’t need TV, we can do our own thing.’ Of course you can, but your star is not going to shine as bright.”

Rose said if she was given a proper warning she may have considered taking down her FanTime account.

But so far she has no regrets. She told The Post that since her WWE release, she’s earned more than $1 million on FanTime, where she upped her subscription price from $25 to $40.

“I am grateful and very humbled with everything I’ve done and made at the company [WWE], but in today’s day and age, there are so many other avenues and so many other marketing opportunities, it’s like why can’t I do both?”

“At the end of the day I’m the only one watching out for myself and my career. Everyone’s replaceable in our business – it’s true.” 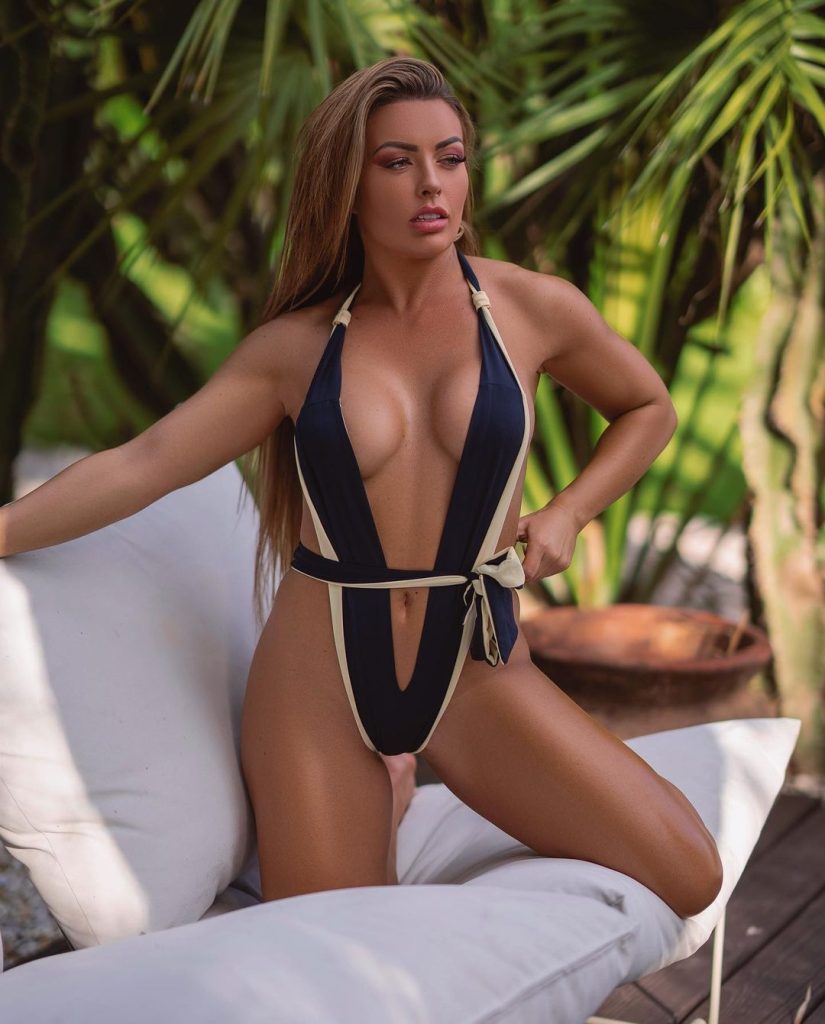