Mandy Rose (@mandysacs) is a professional wrestler signed to WWE where she is the current NXT Women’s Champion. She joins Chris Van Vliet to talk about winning the NXT Women’s Championship, her thoughts about moving from Raw to NXT, how different things are with Triple H in charge, being a contestant on WWE Tough Enough, her storyline with Otis and Dolph Ziggler, who she thinks is the greatest women’s wrestler of all time, getting engaged to Sabby Piscitelli (Tino Sabbatelli from WWE) and more! 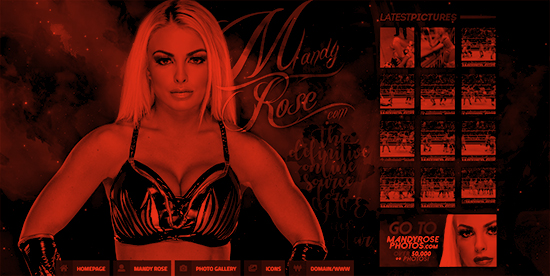 Welcome to Mandy-Rose.com! Your newest online source for WWE Raw Superstar and 1/3 of Absolution, Mandy Rose! Here we are determined to provide fans with the latest news, photos, media updates and an entire photo gallery containing over 50,000+ images of the Golden Goddess!