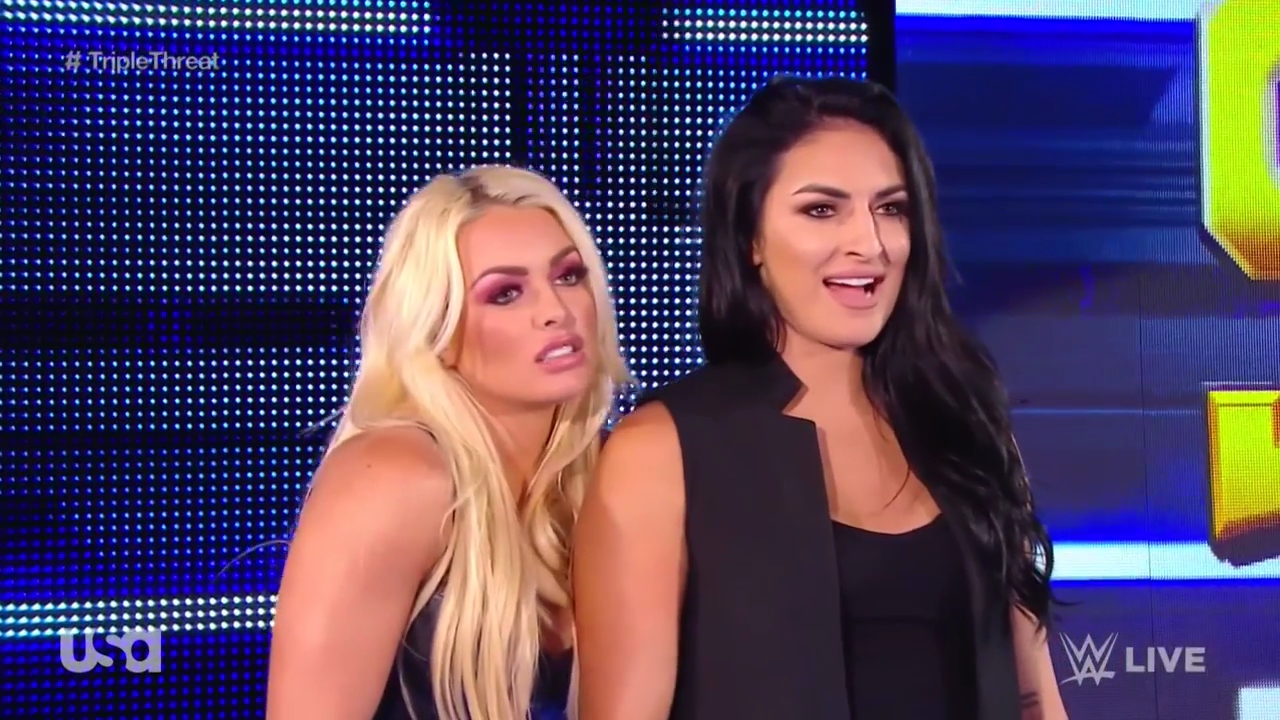 Match Number Three: Alexa Bliss versus Carmella versus Charlotte Flair in a Number One Contender Match for the Smackdown Women’s Championship

Carmella with a thrust kick and a super kick.

Sonya Deville and Mandy Rose make their way to the ring.

Carmella goes for a handstandcanrana but Charlotte blocks it and Charlotte sets for a power bomb but Carmella counters with a rana for a near fall. Carmella with kicks and then she moonwalks and hits a bronco buster on Alexa. Charlotte with a clothesline on Carmella and she goes for the figure four leg lock and Charlotte bridges and Alexa goes up top and hits Twisted Bliss on Charlotte and Carmella breaks up the cover.

Alexa with an STO on Carmella and hits a knee drop but misses the moonsault. Charlotte with Natural Selection on Alexa but Carmella breaks up the cover. Charlotte kicks Carmella off the apron and then Alexa sends Charlotte into the turnbuckles and gets a rollup with a handful of tights. Charlotte with a knee and Carmella with a super kick to Charlotte. Carmella is grabbed by Sonya and Mandy and Alexa with a DDT to Carmella for the three count.