The Miz & Mandy Rose vs. R Truth & Carmella
The Miz attempted to gain Mr. McMahon’s blessing so that he could team with Shane McMahon, but The Chairman suggested that Miz must first prove that he can be trusted after last week’s shenanigans. The WWE CEO then placed The A-Lister in a Mixed Tag Team Match with Mandy Rose against the winners of Mixed Match Challenge Season 2, R-Truth & Carmella.

Truth & Carmella were rolling, showing off their moves with an epic dance break, and Carmella connected flush with a superkick to Mandy. However, in the split second that Truth spent relishing Carmella’s picture-perfect kick, Miz snuck up behind him and nailed the Skull-Crushing Finale for the major win. Is Miz closer to teaming with Shane-O-Mac? 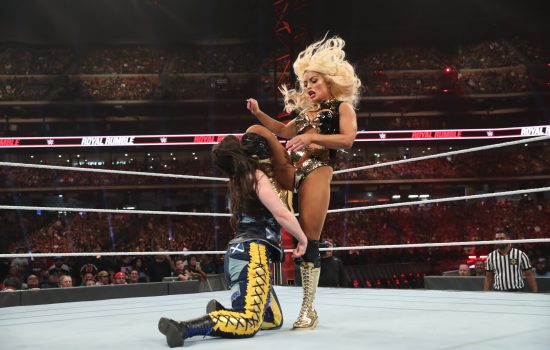