Having been unable to weasel her way out of the Women’s Elimination Chamber Match, Alexa Bliss seemingly went fishing for allies when she saved Mickie James from a beatdown at the hands of Absolution last week. And even though Alexa and James suffered a defeat to Mandy Rose & Sonya Deville this week, Little Miss Bliss continued to court the six-time Women’s Champion as the biggest test of her title reign approaches.

James seemed amenable enough to a temporary alliance in a pre-match confab with Alexa, but Absolution’s win over the champion and her would-be ally came about when Paige, who was patrolling ringside, distracted Alexa on the apron, teeing her up for a sneak-attack from Sonya. Rose pounced on James to win the match with a devastating maneuver, but Alexa successfully defended the six-time Women’s Champion from a post-match mugging by clearing Absolution from the ring. Whether that courtesy will be returned at the moment of truth, of course, remains to be seen.

Mandy Rose shows Goldust how to improve his glutes 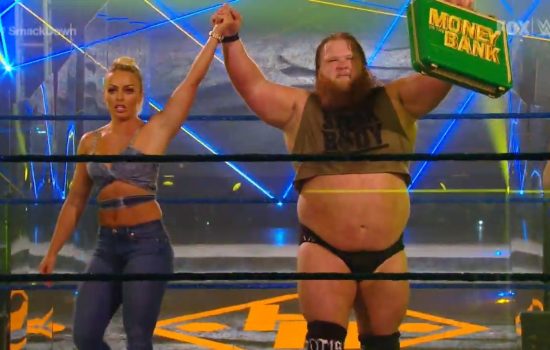 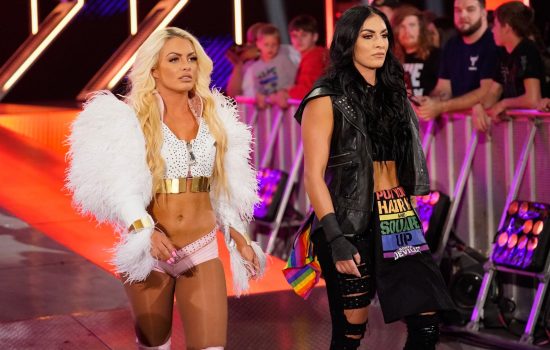